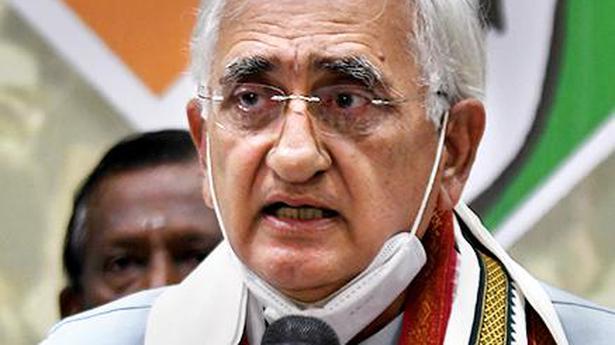 Delhi High Court on Thursday dismissed a petition to stop the circulation, sale, purchase and publication of Congress Chief Salman Khurshid’s new book Sunrise over Ayodhaya: the nation in our time in which he allegedly compared ‘Hindutva’ to radical terrorist groups such as ISIS and Boko Haram.

Judge Yashwant Verma said, “What can we do if people feel this way. If they didn’t like the passage, they can skip the chapter. They could have closed their eyes if they felt hurt ”.

The High Court heard a petition from attorney Vineet Jindal who said the statement published in the book is “not only a statement inciting and provoking, but also stoking raging emotions among followers of the Hindu religion.”

“If you don’t agree with the author, don’t read it. Ask people not to buy or read the book. Please tell people the book is poorly written, read something better, ”Justice Verma said, while declining to deal with the public interest petition.

In the petition, Mr. Jindal reproduced the “controversial” paragraph of the book which reads: “Sanatan dharma and classical Hinduism known to sages and saints were put aside by a robust version of Hindutva, to in all respects a political version similar to the jihadist Islam groups like ISIS and Boko Haram of recent years ”.

“This statement shows his [Mr. Khurshid] intention of enmity between different groups for religious reasons which are contrary to the ideology of a secular democratic country like ours, ”Mr. Jindal said in his plea.

Mr. Jindal further argued that Mr. Khurshid, being a Member of Parliament and former Minister of Justice, is a public figure, having greater influence on the public. “The declaration agitates the Hindu community and also threatens the security, peace and harmony of our nation and disrupts public order,” he said.

Mr. Jindal argued that freedom of expression is not absolute and involves special duties and responsibilities which may be subject to certain restrictions provided by law.

“In a country like India, perpetually on a common powder keg, where religious feelings are deep, where respect for certain public and historical figures is always accompanied by veneration of their status as demigod, It doesn’t take more for the malevolence to be coated with a common toxic tint based on the contents of the book, ”the petition said.